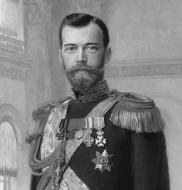 Coins of Emperor Nicholas II are among the most common and the most demanded coins of imperial Russia. This is due to their high issue and low term of circulation. To posses roubles and kopecks in excellent quality is a dream for every collector. The value of the coins of Emperor Nicholas II is steadily increasing with time as they also become the source of saving accumulated funds. The Monetary Regulations reform effectuated by Finance Minister Sergei Witte became one of the main events relating to finance. As a result, the Russian rouble became completely convertible in gold. Russian Gold 15 Rouble Coin (the so-called "imperial") and Russian Gold 7 Rouble 50 Kopeck Coin (the so-called "half-imperial") were minted. The most common coins of that period are Russian Gold 5 Rouble Coin and Russian Gold 10 Rouble Coin (the so-called "gold piece" or "chervonetz"). To get a list of coins and their price, press the catalog section you need.